Doctor Tecar at the side of European Soccer Camp's children.

The summer event of excellence for youth football in Sicily. 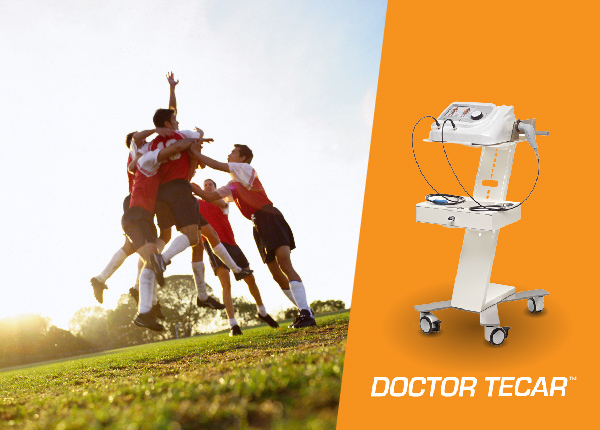 Great fun in Palermo at the European Soccer Camp, which with its tenth edition is increasingly consolidated as the summer appointment of excellence for youth football in Sicily.

In seven days, young people from all over Europe will meet for a full-immersion football match, followed by a highly respected staff, with exceptional guests such as Marco Amelia, the world champion on 2006. With him there will also be football stars like former footballers Giacomo Tedesco and Simone Altobelli, as well as the coach Vincenzo Di Palma.

Mectronic could not miss at this appointment: together with Life Medica, the official distributor for Sicily, it will enter the field alongside the young athletes with Doctor Tecar, the device used also in the top flight of football championship, fruit of the technological know-how that Mectronic has increased in over 30 years of work and which today represents the reference point of TECAR therapy.

Painless and immediately effective, Doctor Tecar is the ideal solution for reactivation, improvement and muscle regeneration, to allow children to get back in shape quickly without losing even one day at the La Cavera Camp.

Doctor Tecar is in fact able to stimulate the passage of energy in biological tissues and to activate the natural repair and recovery processes. Operating on several fronts and acting directly at the cellular level, Doctor Tecar causes different effects: biostimulant, analgesic, anti-inflammatory, anti-edema and decontracting.